1)In the long-run, for sure US Treasurys and most government bonds are a suicidal investment. But as a shorter-term timeframe, and I think for the next three months or so, I think we have a situation where stock markets have become very overbought, and emerging markets in January, most of them failed to make new highs above the November, December highs, and recently some of them have sold off very considerably, plus the Chinese market is giving you a signal that something is not right in the Chinese economy, because it is going down. For the next three months you have to shift out of the Emerging Markets, they may correct 20-30%, out of industrial commodities, on a relative basis. And I think the sentiment, just recently, was overly optimistic on the reflation trade, and overly negative about treasury bonds, so treasury bonds right now are oversold, and as of tonight I got the buy signal on US Treasurys. I think Treasury are the best place for the next 3 months, as is the US dollar. I think a correction is coming in the range of 10% in the S&P and 20-30% in the emerging markets. 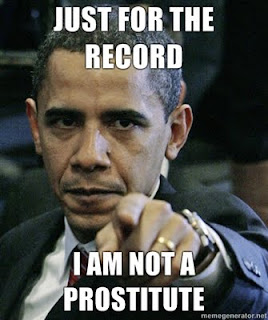 I think he’s done a horrible job and I think that will continue, I think he is a dishonest person, and nothing has changed… Some politicians are more honest than others. I don’t think that I have a very high regard for politicians, I have a high regard for businessmen and for people who work, and not for people who abuse the system continuously. And in comparison to other politicians, I think he came in on a platform as a president that would want to change the government in Washington, and actually he’s made it worse… We foreigners, we just laugh at someone like Mr. Obama. I was very critical of Mr. Bush, but at least he had one line and he stuck to that line, and at least he set out to do a thing and he was relatively straight on the thing that he did.

He may have been wrong, but at least he didn’t change his mind continuously, and didn’t prostitute himself.” If nothing else, how many other people do you know who will compare, in front of a live Bloomberg audience, the president of the formerly greatest country in the world to a whore?