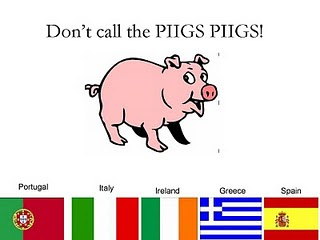 -The cost of insuring debt issued by European sovereign borrowers rose Wednesday, according to CMA DataVision, amid continued concerns about the current crisis that pressured spreads on Tuesday.

The CDS levels of Italy and Spain continued to widen, moving past levels seen before the bailout announcement from the E.U. and IMF early May.

“It’s difficult to not feel concerned about recent moves and it”s an area we need to keep a careful eye on over the coming days, weeks and months,” said Deutsche Bank analyst Jim Reid in a note to investors.

At around 1200 GMT, the cost of insuring Italian debt was 16 basis points wider on the day at 248 basis points, according to CMA DataVision, whereas before the aid package the level was around 229.

Concerns over the health of European economies were the main points of pressure, and while various data releases came in relatively positive Tuesday, there was little conviction among investors that this will translate into impending economic recovery. “We remain in this rather strange holding pattern where the economic data, whilst overall slightly better than expected for the year thus far, can be taken as heralding a return to sustainable growth or impending double dip, depending upon which economist you talk to,” wrote Gary Jenkins at Evolution Securities in a note to investors. CDS are tradable, over-the-counter derivatives that function like a default insurance contract for corporate debt. If a borrower defaults, the protection buyer is paidcompensation by the protection seller.