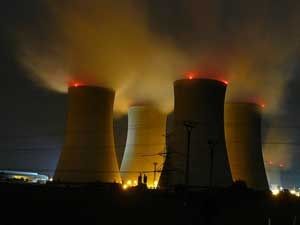 In September 2007, the city of San Antonio and NRG Energy announced a partnership to build two new nuclear reactors—the first new nuclear project to be initiated in the United States in decades. The project represented, one of the partners promised, “a milestone for our long-term energy future.” The project, initially estimated to cost $5.8 billion, quickly became a leading candidate for a Department of Energy (DOE) program in which the government would guarantee loans to finance new nuclear plants. In less than a year, however, the plant’s projected cost had more than doubled to $13 billion. By April 2009, an independent report had calculated that the real cost of the plant could be as high as $22 billion. In December, San Antonio’s municipal utility, CPS, announced it was bailing out of the venture entirely and suing NRG, arguing that NRG and Toshiba—which was contracted to construct the reactors—had lied about the price tag of the venture.